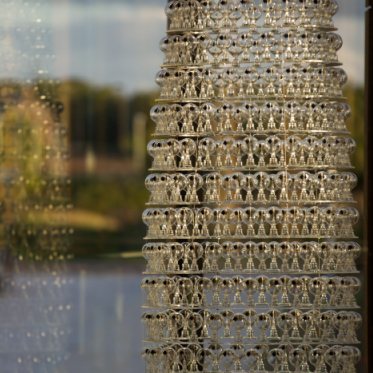 Bright ideas at the Science Park

After a hugely successful opening year, which has seen over three quarters of the first phase already let, Spirit helped the Bristol & Bath Science Park celebrate its first anniversary in September.

A major debate hosted by Will Hutton on the role of ‘open innovation’ in driving UK industries of the future and the unveiling of an exclusive, world-first solar chandelier helped us attract national as well as regional press coverage.

Spirit tailored stories and material to specific media audiences, to ensure the broadest possible coverage including in science, technology and online outlets, as well as business and property press.

Images of the spectacular chandelier, by Bristol-based international artist Luke Jerram, ran on MailOnline and the event was covered by all regional print and broadcast outlets including ITV West and BBC Points West, who broadcast live from theScienceParkon the day.

Throughout the year, we have also run a ‘thought leadership’ campaign, harnessing the views of Science Park chief executive Bonnie Dean to promote the role of science and technology in driving the South West and UK economies.

Bonnie has appeared in numerous print and broadcast media, including the Financial Times and was recently named as one of the most powerful people in business in the region, in South West Business Insiders’ ‘Power 50’ feature.